Mind Over What Really Matters 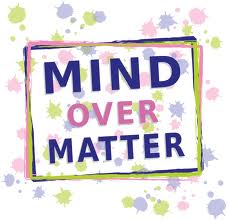 I listened to Dr Samuels today and one thing is very clear, Jodi tailored her testimony around Samuels’ assessment. Cunning and manipulative, she deserves a medal for being able to connect the dots and having them intertwine with Dr Samuels’ conclusion.

Samuels met with Jodi on approximately a dozen occasions. He read at least 1500 pages of her diaries/ journals dating back to when she was a teenager in school. He read police reports, viewed crime scene photos, watched 48 hours, read text messages, talked to Jodi and then conducted two tests on her. Samuels poured over his many tomes, journals and hey, even Time Magazine. Well, he had to check all his sources to come up with diagnosis of some sort. He is after all a ‘paid’ expert and needed to chalk up some hours to show on his report. (strange he did not mention meeting with Jodi’s parents, teachers, boyfriends, jail staff, Detective Flores, etc and interviewing them to get a better idea of Jodi’s demeanor from different perspectives)

Jodi told Samuels the Ninja story. Strange eh? Jodi was arrested for the murder of Travis Alexander on July 15th, 2008. So what was the date Dr Samuels came on the scene? Dr Richard Samuels stated today that he first met Jodi in 2009. He found Jodi had low self-esteem and judging by her diaries, he found her to be a pacifist. She was depressed and talked about suicide a lot. (just like she did in her testimony)

Dr Samuel found that in 2012, Jodi was more self-confident and appeared to have a more positive outlook on life. ( I would guess so since the good doc was helping Jodi create a defense so she could beat a murder rap) Nurmi could not get released from this case so he set out to win it. It would certainly help his reputation since he started up his own private practice. So Arias and Samuel had Nurmi’s blessings on the script they were preparing. He would put in his ‘legal’ two cents when called upon.

I do not put very much faith in $$$$defense experts.$$$$ As a layperson, I have diagnosed Jodi as ‘guilty’ beyond a reasonable doubt and I am sticking to my guns and those aren’t the kind used to shoot a dead man whose throat was just slit.

59 Responses to Mind Over What Really Matters