Let’s even the playing field shall we~~

Let’s meet the players in this case…First we have Judge Kenneth R. Lester 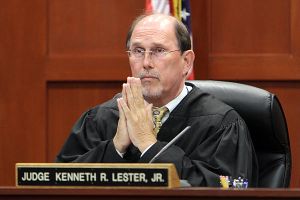 This is the young teenager who was fatally shot by a Neighborhood Watchman on Feb 26, 2012 Trayvon Martin

Next we have George Zimmerman, 28, the Neighborhood Watchman who shot and killed Trayvon.

US JUSTICE: Prosecution outlines case against Zimmerman in killing of Trayvon Martin

State of Florida vs. George Zimmerman: Affidavit of probable cause

Getting the story on George Zimmerman

You have the freedom to voice your opinions on this post. You will NOT be classed as a racist or a slap happy gun owner. I would prefer that we keep political issues and religion at a very minimum. I realize it is election year in the United States but it is best not to campaign for your favorite party on this post. I would love to know your opinions on the Stand Your Ground law and Concealed Weapons permits. Do you think the gov’t is to lax when it comes to who should qualify for a permit? Do you think the Stand Your Ground law should include defending yourself with the use of deadly force on a street? How about on your own property?

319 Responses to Let’s even the playing field shall we~~